Laws have been written to govern the use of American National Flag, and to ensure proper respect for the flag. Custom has also governed the common practice in regard to its use. All the armed services have precise regulations on how to display the national flag. This may vary somewhat from the general rules. The national flag should be raised and lowered by hand. Do not raise the flag while it is folded. Unfold the flag first, and then hoist it quickly to the top of the flagpole. Lower it slowly and with dignity. Place no objects on or over the flag. Do not use the flag as part of a costume or athletic uniform. Do not print it upon cushions, handkerchiefs, paper napkins or boxes. A federal law provides that the trademark cannot be registered if it comprises the flag, or badgers of the US. When the flag is used to unveil a statue or monument, it shouldn't serve as a covering of the object to be unveiled. If it is displayed on such occasions, do not allow the flag to fall to the ground, but let it be carried high up in the air to form a feature of the ceremony. Take every precaution to prevent the flag from soiled. It should not be allowed to touch the ground or floor, nor to brush against objects.

(2)、What is the regulation regarding the raising of the American National Flag? _________

A：It should be raised by soldiers.

B：It should be raised quickly by hand.

C：It should be raised only by Americans.

D：It should be raised by mechanical means.

(3)、How should the American National Flag be displayed at an unveiling ceremony? _________

A：It should be attached to the status.

B：It should be hung from the top of the monument.

C：It should be spread over the object to be unveiled.

D：It should be carried high up in the air.

A：There has been a lot of controversy over the use of flag.

B：The best athletes can wear uniforms with the design of the flag.

C：There are precise regulations and customs to be followed.

D：Americans can print the flag on their cushions or handkerchiefs. 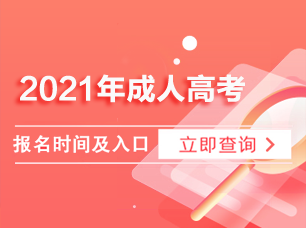